This fawn and bobcat were found in an office together, cuddling under a desk after a forest fire.jpg

The original due date was for somewhere in the middle of December 2014. Needless to say, I am more than a year behind schedule. So, what’s the hold up?

My fellow writers know that the problems have been external. It’s the neighbors coming and going- slamming the fire doors on their way, their children using the stairwell and fire hall as a playground, and now, the neighbor across the hall has a new puppy that loves to bark.

I have tried to drown out the noise- play the radio, they complain, ear plugs hurt after an hour or so. The last resort is to upset the furniture arrangement of my apartment to place a desk in my bedroom. At least I won’t be able to hear the noise in the hall and stairwell. Blackout curtains over the bedroom window should suffice in reducing the screams from outside. Summer is approaching and oh yes, those little girls love to scream as they play.

The other half of the problem is with the project itself. Unlike ‘Choices’, LRWG #4 & 7 (rewrite), which flowed out like a steady and quiet stream.

No, this particular story moves like a slug. It comes to me in bits and pieces, a moment here and a moment there. It’s been over a year now, since my last submission to my mentor. He’s either wondering where my work is or on the verge of telling the school to drop me from his list. This doesn’t mean that I’m out of the school- it simply means I’ll need a new instructor.

So, why haven’t I called to touch base with them? They would simply reset my deadline, giving me 30 days to complete the piece. With the way the story has been ‘behaving’, I don’t know if I could do it in that time frame. Not to mention the external distractions I mentioned that I have to deal with on a daily basis- with no end in sight.

With the story: the problem is that I was stuck on the first point of transition. Not having had a best friend to pal around with in my teens (my bestie was a pen pal in Jamaica), I am unknown to the ways of this type of friendship. Should the girl’s best friend jump in, get involved or not? I sought others for an answer on this. Not getting one, I eventually went for an easy approach- I had the Dad give the Bestie permission- that is; he tells her she might be the one to get through.

This pushed the story a bit further, passed the 1/4 mark with 860 of the 3,000 word limit. And I reached another transition point- from one scene to the next. Just like the first time- I was stumped.

There’s a part of me that says “go ahead and share it now. Maybe folks can help with the rest.” While that may be true, another part of me says “wait until you’ve finished the story before sharing.” Either way, there are 2,140 words to go and the story is still slugging along.

3 days later – I’m contemplating as I read over what I’ve done so far with Long Ridge Lesson # 9. As I’m adding some new content an idea dawns on me- try a shot at 1st person! So, that’s what I did. I shifted the piece to read as 1st person. I went from 890 words to 1,042 words in less than 30 minutes. While I have stopped worrying about the word count in general- I still have to keep it in mind for the Long Ridge projects. Lessons 9 has a word count max of 3,000. So, I’m officially 1/3 + of the way done. Yay!

I’ll worry about a title later.

Fair, generous and balanced, you put your heart into your relationships. From dear friendships to passionate romances, sociable you thrives on the pleasure of others. Not giving in to the extremes, your graceful, even-keeled nature invites everyone around you to adopt a more easygoing lifestyle. Because of your deep appreciation for all that is beautiful, we are all reminded to stop not once, but many times, to smell the sweet roses.

I would say that this is fairly accurate as a sampling of who I am. The sad part is that most people don’t see me this way. Even sadder is that among them, those people have proven that they prefer their misconceived impression of me over the real me.

I can only wish that people would choose to see me the way I really am. 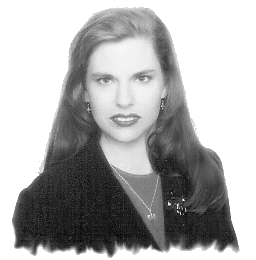 Elusive and Enduring
Create a free website or blog at WordPress.com.